Commander-in-Chief Fritz Mihelcic will be at the State Convention. 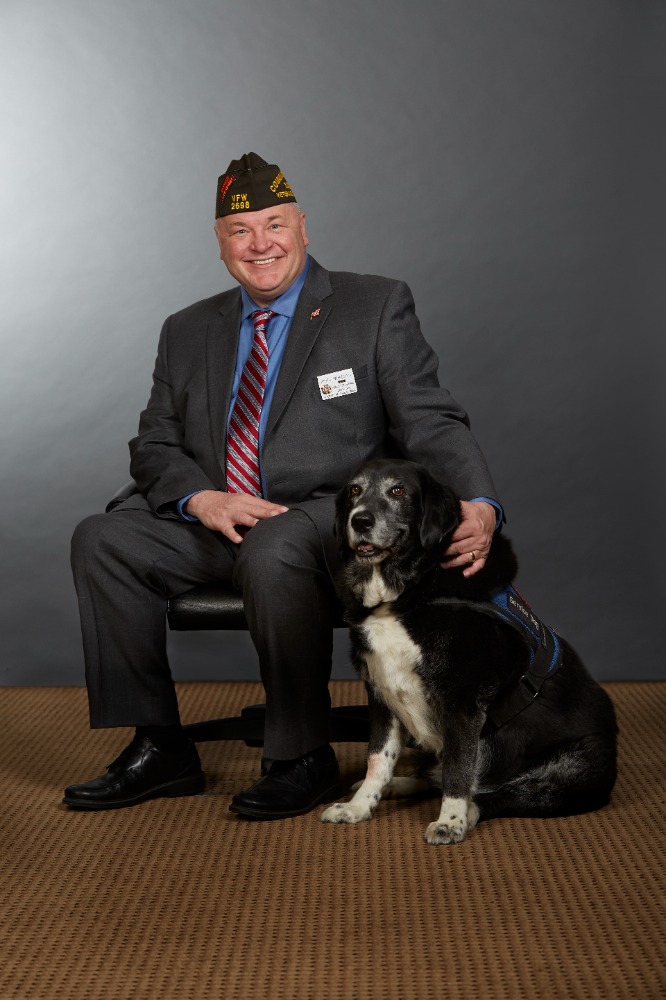 Matthew M. "Fritz” Mihelcic was elected the 113th Commander-in-Chief of the Veterans of
Foreign Wars of the U.S. on Aug. 3, 2021, at the 122nd VFW National Convention in Kansas
City, Missouri.
Fritz served in the United States Air National Guard from
1989 to 1999 with the 131st Tactical Fighter Wing.
Activated for federal service, he served in Desert Shield
and Desert Storm from 1990 to 1991 as a security
policeman. In recognition of his service, he received the
Air Force Achievement Medal, Air Force Outstanding
Unit Award with V (Valor) Device, National Defense
Service Medal, Southwest Asia Service Medal with two
devices, and the Kuwait Liberation Medals from both
Saudi Arabia and Kuwait.
He joined the VFW in 1991, and currently maintains his
Gold Legacy Life membership at Post 2698 in Sparta,
Illinois. He served as Judge Advocate for the Department
of Illinois from 1999 to 2011, the Department of Illinois
Commander from 2013 to 2014, in which he achieved AllAmerican status, multiple terms as the National
Parliamentarian, and served four separate terms as National Judge Advocate General.
Fritz received a Bachelor of Arts from the University of Illinois in 1982 and graduated from the
St. Louis University School of Law in 1985. He is admitted to practice law in multiple state and
federal jurisdictions. In addition to private and corporate practice he also served as a Judge
before eventually retiring as a senior information law attorney with the United States
Transportation Command at Scott Air Force Base, Illinois.
He is a member of the American Legion, Disabled American Veterans, Society of American
Magicians, and the Professional Association of Diving Instructors.
Fritz and his wife, Megan, reside in Columbia, Illinois, along with his service dog, Mama Cass.

News & Info from your department

Commander-in-Chief Fritz Mihelcic will be at the State Convention.

The following is a message from VFW National Commander Fritz Mihelcic

WASHINGTON - The Veterans of Foreign Wars (VFW) is proud to celebrate our nation's African American service members, veterans and ...